“This land is all we have. It is our fortune. When it is gone, we will have nothing left.” 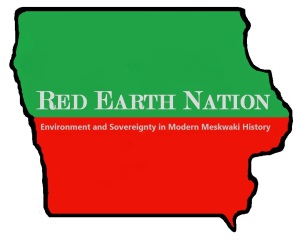 On July 13, 1857, the Meskwaki Nation made history. More than a decade after the federal government forced them onto a reservation in the Indian Territory of present-day Kansas, the people of this small American Indian community purchased an eighty acre parcel of land along the Iowa River. Surrounded by the wide array of flora and fauna endemic to the river’s wetlands, the Red Earth People—as their name translates to English—remade a home and began to rebuild after several centuries of warfare, disease, and dispossession had pushed them from their homelands in present-day Maine and Quebec, Canada. “Red Earth Nation” explores the ways in which that pivotal purchase allowed the tribe to develop an increased capacity for self-determination in an era known for the widespread confinement of Native peoples to federally-assigned reservations.

“Red Earth Nation” draws from a wide array of sources culled from the National Archives offices in Chicago and Washington D.C., the State Historical Society of Iowa, the Meskwaki Tribal Museum, and the special collections offices at the University of Iowa and Iowa State University in order to provide a fresh account of Meskwaki history since 1857. Integrating this evidence with the Meskwaki and broader Native historiographies, as well as oral history interviews with tribal members, “Red Earth Nation” shows that by selecting its “settlement”—as opposed to being forced onto a “reservation”—the Meskwaki Nation endured an epoch known for the widespread oppression and dispossession of Native peoples. In so doing, they began an historical process of sovereign assertion that is still underway and undergirded by their awareness of and willingness to deploy their land ownership against incursions into tribal sovereignty. 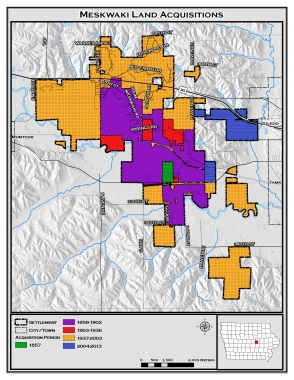 A single question rests at the core of my study: What is the relationship between environment and tribal sovereignty? I take the Meskwaki Nation as a case study for exploring land ownership and environmental action as a political, economic, and social phenomenon that has created opportunities for Meskwaki self-determination and powered their drive for tribal sovereignty for over 150 years. By carefully selecting their eighty acre settlement, the Red Earth People carved a uniquely sovereign space in the paradigms of nineteenth century state/tribal and federal/tribal relations. They were the first, and for a time the only, American Indian tribe to purchase land via a state/tribal trust, which they used to repel the federal government’s assimilative assaults on their sovereignty, which sought to erode the tribe’s capacity to make decisions about themselves and their land. From that point forward, the Meskwaki Nation has cut a path through local, state, and federal Indian policy, thereby securing the long-term political and communal viability of its people.

“Red Earth Nation” looks from 1857 to the present, showing how, at every stage of this story, the anomalous status of Meskwaki land ownership and the calculated use of the tribe’s environment for individual and communal survival informed the constant push for tribal sovereignty. Throughout, political and environmental adaptations spurred debates over transitions in the gendered labor, social, and political orders of settlement life. Efforts to resist outside intrusions into Meskwaki affairs were not always successful and long battles over matters of jurisdiction and the administration of their lands marred the tribe for generations. The Meskwaki story offers lessons to Native communities everywhere as they pursue land ownership as a strategy for communal resurgence and political endurance.

Environment and sovereignty, as “Red Earth Nation” shows, are salient and interconnected elements in these ongoing struggles. 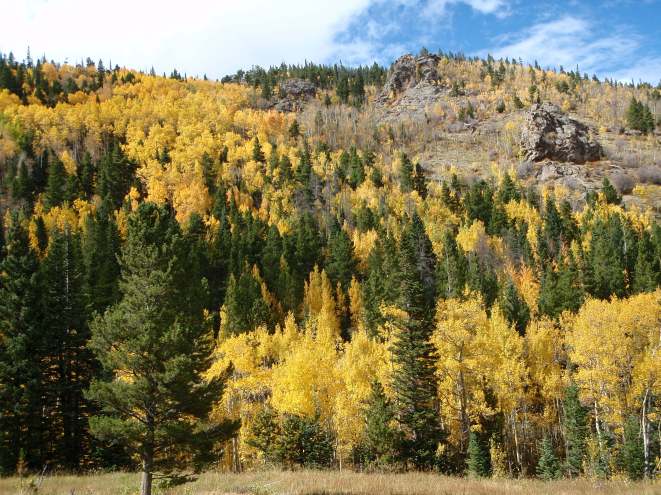 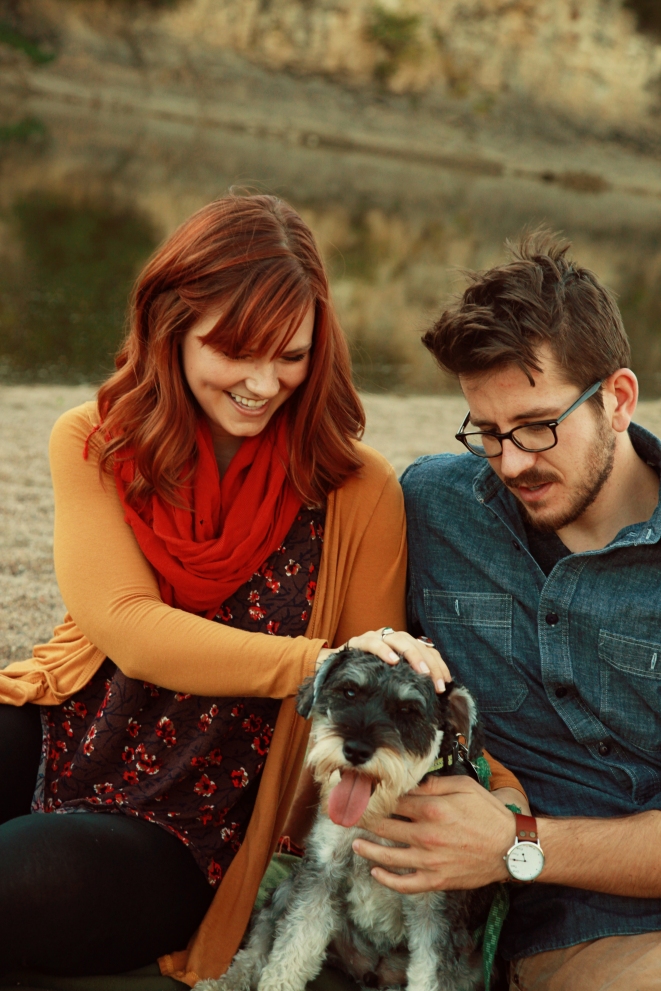